WFUMB Recommendations on Non-medical Use of Ultrasound 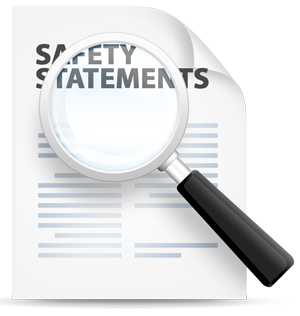 Diagnostic ultrasound has been widely used in clinical medicine for many years with no proven deleterious effects. However, investigations into the possibility of subtle or transient effects are still at an early stage. Biological effects (such as localized pulmonary capillary bleeding) have been reported in mammalian systems at diagnostically relevant exposures but the clinical significance of such effects is not yet known. Consequently, diagnostic ultrasound can only be considered safe if used prudently. Ultrasound examinations should only be performed by competent personnel who are trained and updated in safety matters. It is also important that ultrasound devices are appropriately maintained.

The range of clinical applications is becoming wider, the number of patients undergoing ultrasound examinations is increasing and new techniques with higher acoustic output levels are being introduced. It is therefore essential to maintain vigilance to ensure the continued safe use of ultrasound.

Available safety information during clinical scanning Ultrasound produces heating, pressure changes and mechanical disturbances in tissue. Diagnostic levels of ultrasound are capable of producing temperature rises that may be hazardous to sensitive organs and the embryo/fetus. Biological effects of non-thermal origin have been reported in animals but, to date, no such effects have been demonstrated in humans, except when a microbubble contrast agent is present.

The Thermal index (TI) is an on-screen guide to the user of the potential for tissue heating. The Mechanical index (MI) is an on-screen guide of the likelihood and magnitude of non-thermal effects. Users should remain aware of both indices while scanning, especially when changing scan modes, and should adjust the machine controls to keep them as low as reasonably achievable (ALARA principle) without compromising the diagnostic value of the examination. Where low values cannot be achieved, examination times should kept as short as possible.

Scanners should be set up so the default (switch-on) power for a given examination is no greater than the minimum level necessary for that type of examination. In obstetric applications this default power should result in a TI no higher than 0.7. The output should only be increased during the examination if this is necessary to produce a satisfactory diagnostic result.

Some modes are more likely than others to produce significant acoustic outputs and, when using these modes, particular care should be taken to regularly check the TI and MI indices. Spectral pulse wave Doppler and Doppler imaging modes (colour flow imaging and power Doppler imaging) in particular can produce more tissue heating and hence higher TI values, as can B-mode techniques involving coded transmissions. Tissue harmonic imaging mode can sometimes involve higher MI values. 3D (three dimensional) imaging does not introduce any additional safety considerations, particularly if there are significant pauses during scanning to study or manipulate the reconstructed images. However, 4D scanning (real-time 3D) involves continuous exposure and users should guard against the temptation to prolong examination times unduly in an effort to improve the recorded image sequence beyond that which is necessary for diagnostic purposes.

Ultrasound exposure during pregnancy The embryo/fetus in early pregnancy is known to be particularly sensitive. In view of this and the fact that there is very little information currently available regarding possible subtle biological effects of diagnostic levels of ultrasound on the developing human embryo or fetus, care should be taken to limit the exposure time and the Thermal and Mechanical Indices to the minimum commensurate with an acceptable clinical assessment, particularly when the Thermal Index exceeds 0.7. It is recommended that TIs of less than 3.0 are used.

Temperature rises are likely to be greatest at bone surfaces and adjacent soft tissues. With increasing mineralisation of fetal bones, the possibility of heating sensitive tissues such as brain and spinal cord increases. Extra vigilance is advised when scanning such critical fetal structures, at any stage in pregnancy. Based on scientific evidence of ultrasound-induced biological effects to date, there is no reason to withhold diagnostic scanning during pregnancy, provided it is medically indicated and is used prudently by fully trained operators. This includes routine scanning of pregnant women. However, Doppler ultrasound examinations should not be used routinely in the first trimester of pregnancy.

The power levels used for fetal heart rate monitoring (cardiotocography – CTG) are sufficiently low that the use of this modality is not contra-indicated on safety grounds, even when it is to be used for extended periods.

Safety considerations for other sensitive organs Particular care should be taken to reduce the risk of thermal and non-thermal effects during investigations of the eye and when carrying out neonatal cardiac and cranial investigations.

Ultrasound contrast agents (UCA) These usually take the form of stable gas filled microbubbles, which can potentially produce cavitation or microstreaming, the risk of which increases with MI value*. Data from small animal models suggest that microvascular damage or rupture is possible. Caution should be considered for the use of UCA in tissues where damage to microvasculature could have serious clinical implications, such as in the brain, the eye, and the neonate. As in all diagnostic ultrasound procedures, the MI and TI values should be continually checked and kept as low as possible. It is possible to induce premature ventricular contractions in contrast enhanced echocardiography when using high MI and end-systolic triggering. Users should take appropriate precautions in these circumstances and avoid cardiac examinations in patients with recent acute coronary syndrome or clinically unstable ischaemic heart disease. The use of contrast agents should be avoided 24 hours prior to extra-corporeal shock wave therapy.

BMUS. Guidelines for the safe use of diagnostic ultrasound equipment. Ultrasound 2010; 18: 52-59. Also available at https://www.bmus.org/policies-statements-guidelines/safety-statements/

While not being an ultrasound related bio-effect, it should be noted that life threatening anaphylactic reactions have been reported following contrast agent administration, with a rate of less than 0.002%. Investigators should therefore take the necessary precautions.

WFUMB Position Statement: How to perform a safe ultrasound examination and clean equipment in the context of COVID-19