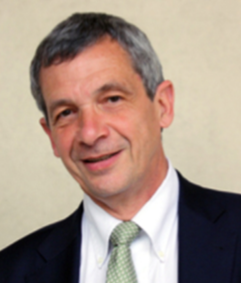 Michel Claudon, Professor of Radiology and medical imaging at the University of Lorraine, in Nancy, France, passed away on November 20, 2018, at the age of 65, after a spirited battle against cancer, against which he fought courageously for several months.

Michel was born on July 7, 1953 and raised in Pont- a-Mousson, France. His roots were in Lorraine, in eastern France. He grew up and married his wife, Claire Lise in Nancy, France and they had three girls, Lucile, 34 years old, married in 2017, granddaughter Leopoldine born in September 2018, Anne Sophie, 32 years old, and Aurore, 28 years old, who was engaged in November 2018.
Appointed Professor of Radiology in 1989, Michel spent his entire career as Head of Department of Pediatric Radiology, then of Adult Radiology at Hospital Brabois, Vandoeuvre-les-Nancy. He became president of the medical council of his hospital between 2011 and 2017 and occupied the position of President of the National Conference of Presidents of Medical Councils thereafter.
Michel Claudon was a passionate radiologist, an out- standing teacher, and a recognized researcher in the clinical ultrasound fields of genitourinary and pediatric radiology.
During all these years, he was driven by an acute sense of responsibility, not by the thirst for power, but by the pro- found conviction that he had to make a contribution for the development of his profession. He led all his fights, even the last one, with courage, determination and combativeness.
He was a man with a curious mind, a happy spirit, an epicurean, faithful in friendship, who carried great and sincere ambitions for his medical profession and radiology specialty.
He was an ardent defender of all aspects and developments in ultrasound. This is why he became successively President of the French-speaking Society for the Application of Ultrasound to Medicine and Biology (SFAUMB), of the European Federation of Ultrasound in Medicine and Biology (EFSUMB) and finally of the World Federation of Ultrasound in Medicine and Biology (WFUMB). But he also got involved in urogenital radiology and became President of the French Society of Urogenital Imaging, Societe Franc ̧aise l’imagerie Urogenitale(SIGU),then of the European Society of Urogenital Radiology (ESUR). He promoted and participated in the development of ultrasound in medicine in many countries, structuring teaching and research directions.

He was particularly interested in promoting radiology in developing countries, specifically in Yemen. He worked hard with the help of Dr .Yvette Viallard, a radiologist and President of the Association Medicale Franco Yemenite.

Michel spent several missions in Sana’a and Taiz, Yemen. He was proud to speak Arabic, for the promotion of the good use of the radiological tools. We had the chance to share teaching courses with him in Sana’a.
Michel Claudon will be long remembered and revered by those who worked under and with him. His contribution to the development of clinical radiology is enormous. His kindness, dedication, and constant curiosity made him a faithful friend to many radiologists and clinicians around the world.
Special thoughts for those who survive him, his wife Claire Lise, his parents Jean and Simone, his three girls Lucile, Anne Sophie, Aurore, and his granddaughter Leopoldine.