A webinar consisting of 2 lectures.

Dr. Lilly has been a faculty member of the University of Maryland School of Medicine since 1989, and he was the director of Non-Invasive Vascular Diagnostic Lab for ten years. He served as the chief of vascular surgery at the Baltimore VA Medical Center from 1999 to 2004. Then, he was appointed the chief of the department of surgery and the director of the vascular center at Maryland General Hospital (now University of Maryland Medical Center Midtown Campus).
He has served on the editorial boards of the Journal of Surgical Research and the Journal of Vascular Surgery.

View the presentation below >>

Dr. Fernandez is Director of the Laboratory of Advanced Sonography at Instituto Medico La Floresta in Caracas-Venezuela and Professor of Physics and Clinical Applications of Doppler Ultrasound at SonoImagen-JUREI.  He has been involved with Ultrasound since 1985.
Dr. Fernandez is a Keynote Speaker with more than 400 lectures and facilitations of numerous meetings around the World. He was President of the WFUMB 2013 Congress in Sao Paulo, Brazil. Currently is the WFUMB Regional Director of Centers of Education in Latin America.

View the presentation below >> 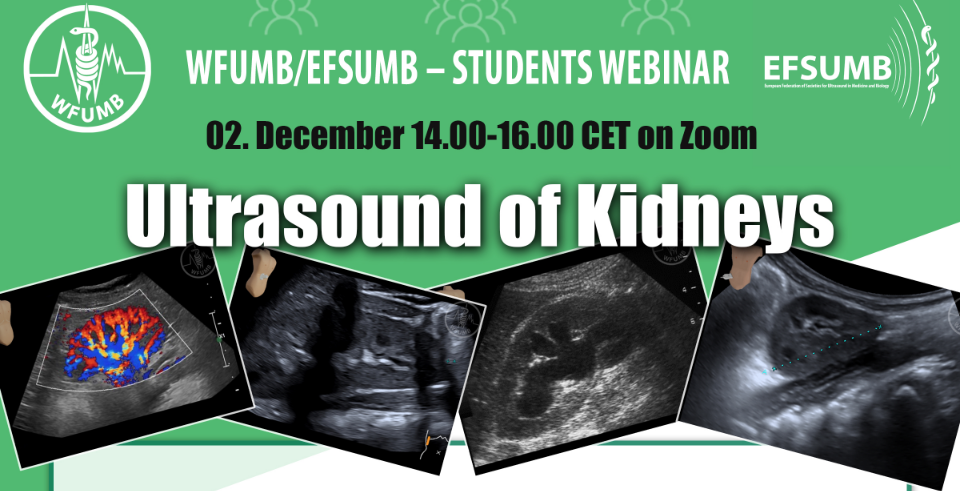